***Access to onsite research is being affected by the Covid-19 pandemic. Access policies may change at any time without prior notice. For more information, please see Special Collections and University Archives home page and UIC's Covid-19 resource page. You may also Ask A Librarian.***

Richard Michael Daley (b. 1942- ) served as Chicago's mayor from 1989 to 2011, the longest anyone has held that office. As mayor, he sought to restore faith in city government and revitalize Chicago, hoping to attract residents, businesses, and visitors to transform it into a "world-class city."

Several challenges confronted the new mayor. During the 1980s, contentious "city council wars," fueled largely by some whites' hostility to Chicago's first African-American mayor, Harold Washington (1922-1987), had fostered the belief that the city was ungovernable and that it would not serve the needs of racial and ethnic minorities. Throughout the 1980s, Chicago's economy and population had declined, due in large part to the loss of manufacturing jobs. The city's finances also suffered, and credit agencies downgraded the city's bond rating.

As mayor, Daley steered away from the racial acrimony demonstrated by the "council wars," and sought to broaden his appeal to the city's diverse constituency. He appointed African-Americans, Latinos, women, and others from traditionally marginalized groups to high-ranking positions in his administration. He supported affirmative action programs in city hiring and dedicated a certain percentage of city contracts to minority- and women-owned businesses (MBE's and WBE's). He reached out to Chicago's gay and lesbian community as well. He participated in the 1989 Pride Parade and pursued other gay-friendly policies, such as issuing, also in 1989, an executive order to bar discrimination against individuals with HIV/AIDS.

One of Daley's goals was to make city government more efficient and accountable to citizens. Early in his administration, he pared down a number of city positions his administration considered redundant. He occasionally publicized names of city employees who were delinquent on paying their water bills or traffic tickets. He conducted "ward walks," in which he accompanied an alderman on a tour of their ward to review the needs facing that community. He created an independent "Office of Administrative Adjudications." This office heard cases that involved minor municipal code violations, freeing the courts and city agencies to address more serious crimes.

Daley pursued new solutions to problems in education, public housing, and crime prevention. In 1995, he obtained greater authority over the Chicago Public Schools. He used that authority to create quantitative measures for school performance and to encourage the formation of charter schools. Under Daley, the city reclaimed control over the Chicago Housing Authority (CHA), which had been under the control of the U.S. Department of Housing and Urban Development (HUD). The CHA continued HUD's policy of replacing high-rise public housing with low-rise, mixed-income units and introduced a system of housing vouchers. To address crime, Daley took vocal and frequent stances in favor of gun control. His police department experimented with new approaches to working with the community, most notably with the Chicago Alternative Policing Strategy (CAPS) program, under which the department sent representatives to speak with neighborhood citizens.

Daley also tried to keep the city solvent. Under his watch, Chicago's bond rating was upgraded for the first time since 1987. He resisted property tax increases and sought ways to secure other sources of funding. The city privatized some services, such as the Chicago Skyway toll road and the city's parking meter system. Daley also made frequent use of Tax Increment Financing to fund neighborhood development. "TIF's," as this form of financing was known, redirected tax money from increases in property values to a number of development projects.

To address the decline in jobs, Daley tried to make Chicago attractive to business. He convinced a number of corporations, such as Boeing, to establish their headquarters in the city. In 2006, he vetoed a City Council measure that would have required "big box" stores like Walmart to pay an elevated living wage. Although this decision angered Daley's pro-union supporters, the mayor believed that the "living wage" requirement would have depressed job creation by discouraging new employers from setting shop in the city.

Making Chicago attractive to business also meant maintaining the city’s already close ties with the convention, tourist, and travel industries. Daley worked to modernize O'Hare and Midway airports and helped create the Metropolitan Pier and Exposition Authority, which implemented improvements at two of the city's anchor attractions, Navy Pier and the McCormick Place convention center. Daley embarked on ambitious projects that attracted visitors to the city center and provided a strong customer base for retail shops downtown. He had a stretch of Lake Shore Drive redirected to provide room for a new "museum campus" that linked the Adler Planetarium, the Field Museum of Natural History, and the Shedd Aquarium. He also oversaw the construction of Millennium Park. This 300-acre development directly to the east of the city's downtown "Loop" district opened in 2004 and cost about $500 million, much of which was paid by private donors and revenue bonds.

The new museum campus and Millennium Park were also larger, more visible instances of Daley’s efforts to beautify Chicago. Daley created the Department of Environment and Sustainability devoted to maintaining greens spaces and eradicating instances of industrial blight, such as "brownfields," which were properties manufacturers had abandoned without taking proper measures to clean. and maintaining green spaces. Daley urged the owners of high-rise buildings downtown to build roof gardens, having the city create its own garden on the roof of City Hall in 2000.  His Department of Streets and Sanitation showcased plants and trees in the medians of selected stretches of major Chicago byways. Daley, an avid cyclist, also expanded the city's network of bicycle paths.

Daley promoted Chicago extensively during his tenure, hoping to make it a "world class city." He added more than 20 members to Chicago's "sister cities international" program. He embarked on official visits to Europe and East Asia. Under his leadership, Chicago hosted events that brought the city national and global attention, including the World Cup Tournament in 1994 and the Democratic National Convention in 1996. He entered the city in a bid to host the 2016 Summer Olympics, making the city a competitor for international recognition. Daley also hosted many international dignitaries, most notably President Hu Jintao of China, whose January 2011 state visit capped off Daley's twenty-two years in office.

Not all of Daley’s policies succeeded. His proposals for a third airport near Lake Calumet and for a "downtown area circulator" failed to win support from the state legislature. Chicago lost the bid for the 2016 Olympics. Daley’s advocacy for gun control received a blow in 2010, when the U.S. Supreme Court struck down Chicago’s gun control law in the case of McDonald v. Chicago.

Daley managed a number of unexpected emergencies during his tenure. The Loop Flood of 1992—caused by the Chicago River flooding into underground tunnels—required Daley to evacuate the downtown for days as the city pumped out the water. The terrorist attacks of September 11, 2001 in New York City and the Pentagon prompted Daley to again evacuate the downtown area for fear that Chicago might be a target. In July 1995, lingering high temperatures created a heat wave that eventually resulted in the death of more than 700 Chicagoans. In response, Daley created an extreme weather management plan to address future problems with heat waves or dangerous cold spells.

Daley's policies were sometimes controversial. Some wrote the mayor's office complaining about his, in their view, overly accommodating stance for gay rights while others believed he acted too slowly. His decision in 2003 to unilaterally destroy Meigs Field, a small airport at what is today Northerly Island Park, struck some observers as heavy handed. Some critics charged that Daley's privatization initiatives effectively sold off city assets for short-term financial relief while others balked at what they claimed were too high rates for road tolls and parking meters. Others believed that tax increment financing gave Daley too much discretion in allocating public money.

A number of developments led observers to question Daley's management style. Some members of Daley's staff resigned under allegations that they had used their positions for personal gain. In other instances, investigative newspaper reporters found irregularities in the allotment of city contracts, perhaps most famously in the city's "hired truck scandal," which resulted in federal prosecutions. However, Daley himself was never charged with corrupt practices.

Despite those and other challenges, Daley retained power. The City Council always ratified his budgets and almost never voted against his policy preferences. He handily won each of his reelection bids—in 1991, 1995, 1999, 2003, and 2007—garnering more than 60% of the vote each time. After Daley retired, he was succeeded by Rahm Emanuel, who became mayor on May 16, 2011.

1970 Delegate to the 1970 Illinois Constitutional Convention

1983 Runs for Democratic nomination for Mayor of Chicago against Jane Byrne and Harold Washington. Washington wins the nomination and the general election

2007 Re-elected Mayor of Chicago for fifth and final time 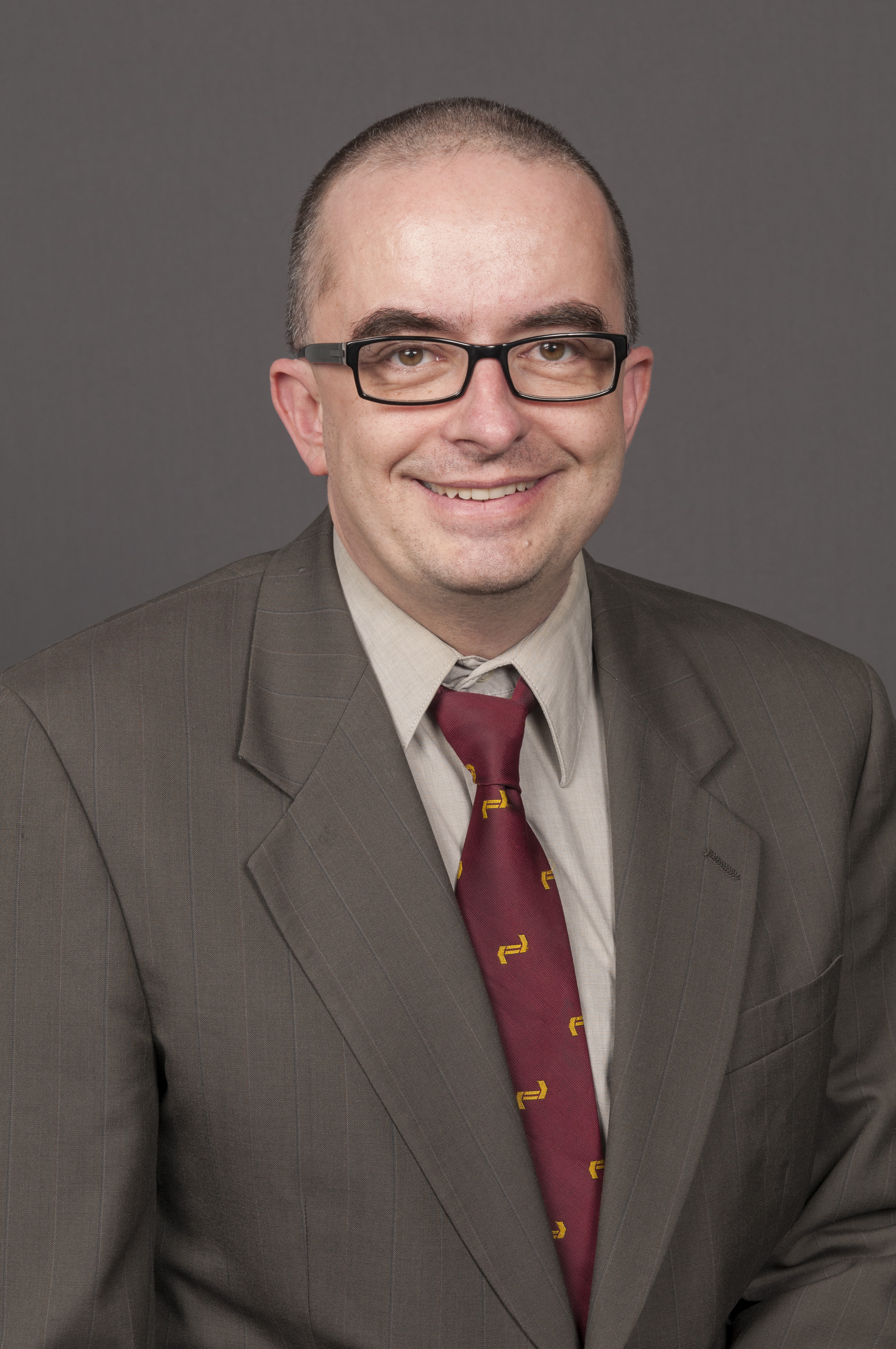