Phrase Searches- Search for phrases by placing quotation marks around the phrase. Words with quotes will appear together in all search results. Example: “mass incarceration”

Boolean Operators- Use AND or OR to specify multiple words in any field, any order. Use AND NOT to exclude words. Select the operator you wish to use from the drop down menu in the Advanced Search form. Example:  women AND “mass incarceration” OR “prison systems”

Extreme Consequences is aimed at keeping kids out of the penal system. It tackles the subjects of making choices and understanding consequences, while addressing the underlying hurt and anger that all at-risk youth experience.

Prison State With this intimate, graphic film, award-winning director Dan Edge follows four residents of a housing project in Louisville, Ky., as they cycle in and out of the state's jails and prisons. More than two years in the making, the program uses deep access to the Louisville jail to offer raw firsthand accounts from prisoners, prison staff, and people whose lives are forever altered by this troubled system, and focuses on the efforts of Mark Bolton, the city's director of corrections, as he tries to move inmates back into the community.

A Stone’s Throw from Prison Between 2010 and 2014, nearly 3,000 Palestinian children were arrested by Israeli forces for reasons like throwing stones. Many are kept in solitary confinement for days, shackled and subjected to intimidating questioning without the presence of their parents or a lawyer. Mohammad Zedani, 14, has been arrested six times. The experience has left him traumatized: he struggles to sleep and displays symptoms of PTSD. We tell his story, along with those of Rami and Ahmed, three out of thousands of children affected by the occupation. We also hear from those working to stop the abuses. 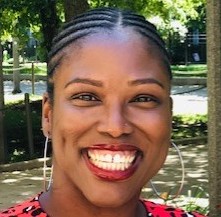 What if I need help developing my research topic?