Special Collections and University Archives resources on the history of nursing

Most of Special Collections and University Archives' health sciences collections are held on the West Side of campus at the Library of the Health Sciences-Chicago, or LHS-C. Currently, you can make an appointment to visit through this link, and you can also contact us via chat (click on the blue box in the lower right of your browser screen), email, or call us at (312) 996-8977. 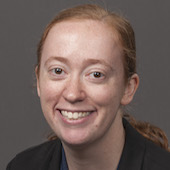 The nursing profession in Illinois and particularly Chicago has had considerable influence on healthcare education, patient care, and standards of practice, dating back to the 1880s. After Florence Nightingale founded the first Training School for Nurses in London in 1860, wealthy women in America formed secular schools for nursing inspired by her philosophy and model of teaching. Before these schools were established, patients typically received nursing care from religious groups in hospitals founded to serve the poor. These early nursing schools combined science classes with long hours of hands-on training in hospital wards. Among them were St. Luke's Hospital Training School for Nurses (founded 1886) and the Chicago School for Nursing (founded 1899). The Provident Hospital and Training School (founded 1890) was the first African-American owned and operated hospital and the first training program for black nurses in America. After a young African-American woman named Emma Reynolds was denied admission from each of Chicago's nursing schools, she reached out to the respected surgeon Dr. Daniel Hale Williams for help. The African-American community rallied to support Dr. Williams’ vision for a new training school for black nurses, and several affluent white Chicagoans also contributed to the cause.

Two of the most influential of these new nursing schools were the Illinois Training School for Nurses and the Cook County School of Nursing, both of which are featured prominently in the Special Collections and University Archives. 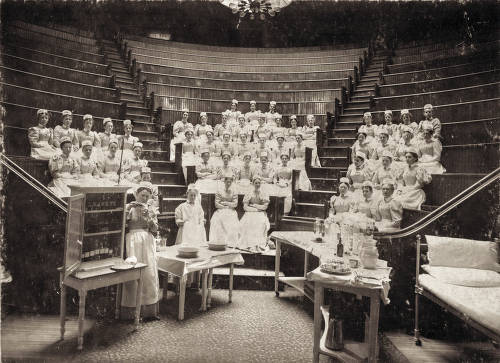 The Illinois Training School for Nurses

The Illinois Training School for Nurses (ITS, ITSN) was founded in 1880 as the first nurse training school in the Midwest, modeled after Florence Nightingale’s school in London. The school's founders included such prominent Chicago women as Dr. Sarah Hackett Stevenson, Lucy Flower, and Margaret Lawrence. It was their aim to establish a new and respected profession for women by training them to care scientifically for the sick, and to provide improved care to patients in Cook County Hospital. The prestigious new school attracted early nursing leaders to serve as superintendents, including Isabel Hampton Robb and Lavinia Lloyd Dock.

ITS nurses served in camps and military hospitals during the Spanish War and World War I. At the time it was uncommon for trained women nurses to do this work, but these pioneers proved themselves to be essential for caring for wounded and sick soldiers. It was through the efforts of the ITS nurses that the Cook County Hospital established its Social Services Department in 1911. The Department’s first president stressed the hospital’s role as a public charity, describing sickness to be “not alone a medical fact, but a social one of most tremendous significance” (Schryver, p. 143). Led by this philosophy, the ITS trained nursing students to provide social services to the mentally ill, pregnant women and mothers, and children. The school closed in 1929 due to financial difficulties, and the University of Chicago took over its faculty, staff, and student body.

The Special Collections and University Archives' Illinois Training School for Nurses Collection includes dozens of images from the 1880s, including wards in Cook County Hospital, student nurses at work, a bed-making demonstration, graduation portraits from 1883 - 1929, nurses leaving for France during the First World War, and students inside and outside the "Nurses Home." This collection, because of the age and reputation of the school, is unique in the history of nursing in the Midwest. 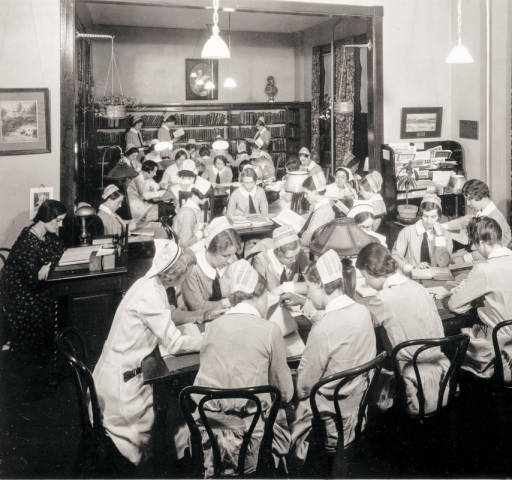 When the Illinois Training School for Nurses closed in 1929, there was a pressing need to provide continued nursing services to the Cook County Hospital and for a nursing education program to complete the education of the ITSN’s last class of students. The Cook County School of Nursing (CCSN) was born. In 1949, it entered into an affiliation with the University of Illinois until 1954. CCSN offered nursing services to Cook County Hospital until 1971 (when the school became part of the hospital). In 1969, the Health Hospitals Governing Commission of Cook County (HHGC) was established. HHCG members served on the Board of Directors for CCSN and CCSN faculty were housed under HHCG, resulting in an affiliation with Cook County Hospital that lasted until CCSN’s last class graduated in 1980.

The Special Collections and University Archives' Cook County School of Nursing Records contain materials related to and documenting the administration, faculty, and students of the school in addition to materials originating from the Illinois Training School for Nurses, the Cook County Hospital and Health Hospitals Governing Commission of Cook County, and the alumnae associations of both CCSN and ITSN.

In the 1900s nursing education trended away from training schools associated with hospitals to baccalaureate degree programs and postgraduate courses in schools like the University of Chicago and Loyola University. By the end of the century, seven Chicago universities offered bachelor’s degrees in nursing and many community colleges instituted two-year degree programs. Chicago continues today to be a hub for nursing education where practitioners are prepared for evolving roles as primary care providers, care coordinators, and health policymakers.

Bibliography
Billings, John S., and Henry M. Hurd. Hospitals, Dispensaries, and Nursing. Papers of the International Congress of Charities, Correction, and Philanthropy, 1893. Repr. 1984.
Dunwiddie, Mary. A History of the Illinois State Nurses' Association. 1937.
Egenes, Karen, and Wendy Burgess. Faithfully Yours: A History of Nursing in Illinois. Illinois Nurses Association, 2002.
"History." Provident Hospital. The Provident Foundation, 2014. Web. 27 Sept. 2017.
Schryver, Grace Fay. A History of the Illinois Training School for Nurses 1880-1929. Chicago: The Board of Directors of the Illinois Training School for Nurses, 1930.
​Selanders, LC, and Crane, P. (2010) “Florence Nightingale in absentia: nursing and the 1893 Columbian Exposition.” Journal of Holistic Nursing, 28(4), 305-312.