Measuring Your Impact: Impact Factor, Citation Analysis, and other Metrics: Other Metrics/ Altmetrics

Studies have started to examine metrics, such as the number of downloads and the number of social bookmarks for an article, with the number of citations an article has received. Using Web 2.0 technology to assess the value of the scholarship or more specifically, “the creation and study of new metrics based on the Social Web for analyzing, and informing scholarship” is known as “altmetrics” (Jason Priem, Dario Taraborelli, Paul Groth, and Cameron Neylon, 2010. “Alt–metrics: A manifesto,” at http://altmetrics.org/manifesto/). Altmetrics are not meant to replace citation counts or the h-index, but instead compliment the metrics with additional data.   Eysenbach (2011) found the number of tweets about a research article, within the first three days of an article’s publication, can predict which articles will be highly cited. Articles that were tweeted highly on Twitter were more likely to be cited more often in scholarly papers later.  Eysenbach notes, “Correlation is not causation, and it harder to decide whether extra citations are a result of the social media buzz, or whether it is the underlying quality of an article or newsworthiness that drives both the buzz and the citations — it is likely a combination of both.  (Eysenbach, 2011. “Can Tweets predict citations? Metrics of social impact based on Twitter and correlation with traditional metrics of scientific impact,” Journal of Medical Internet Research, volume 13, number 4, at http://www.jmir.org/2011/4/e123/).   More on this topic can be at:

The Altmetric score is a quantative measure of the quality and quantity of attention that a scholarly article has received through social media.

Scholars enter information about the articles, such as the DOI to generate an impact report (may provide the number of times an article has been liked on Facebook, tweeted, cited in publications, viewed at the publisher Web site, or shared on social bookmarking tools such as Delicious, Mendeley, or CiteULike).

Scholars enter the PubMed PMID to generate an impact report.

Citation analysis can be used to determine the citation impact of authors, articles, and journals.

Beyond basic citation counts, there are measures such as the h-index and the g-index which are used to quantify the impact of an individual author.

This method relies on usage data such as the number of downloads for an article to help determine impact.

To rank journals within a discipline or a sub-discipline, or to determine the average citation count for a journal use Journal Citation Reports ( from Thomson Reuters) or SCImago (from Elsevier).

There is a growing movement examining the measurement of scholarly impact drawn from Web 2.0 data.   (Priem and Hemminger, 2010). 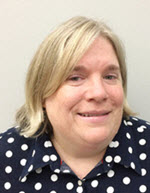